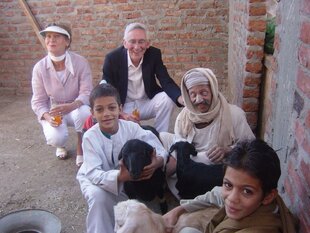 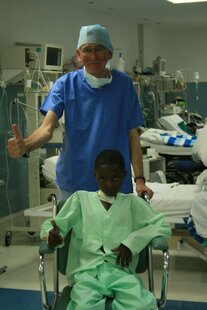 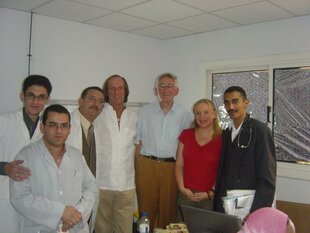 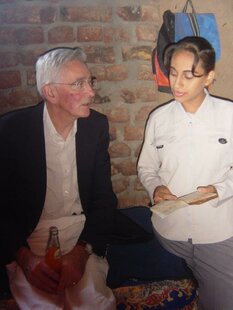 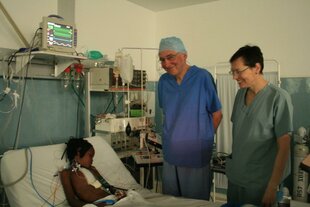 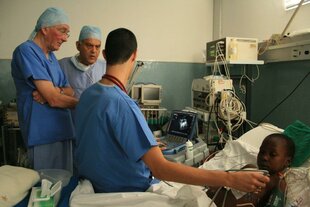 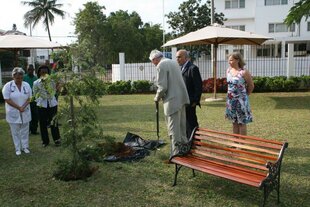 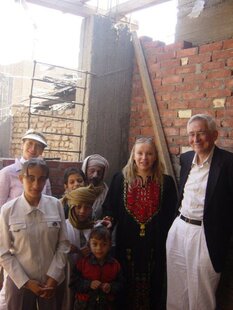 As Chain of Hope celebrates 20 years of mending little hearts in 2016, we also say goodbye to our Trustee and former Chairman of the Trustee Board, Hugh Johnson, who has been with us since the beginning. We cannot thank Hugh enough for his patient and loyal service to the charity over the last 20 years, his guidance that has helped to steer Chain of Hope through sometimes stormy seas and his insight that has proved invaluable along this journey. We asked Hugh a few questions as he stepped down; these are his words:

I was approached in retirement as a senior partner of a city firm of solicitors in 1996 to clear the decks for becoming a part of ironmongers, but then Lady Diana Clothier put me forward for another charity. Diana had done school runs with my French wife, Marie-Odile, and thought that I spoke fluent French (which would be useful for La Chaine de l’espoir [who gave seed funding to start Chain of Hope UK]) and that I was some sort of lawyer so I could replace Magdi’s preferred choice Spike, Sir Cecil Clovier, who had done invaluable service as a Trustee for Harefield Hospital and was an outstanding legal figure but who did not want to take any more on. So it began on 15th May 1996 with an interview with the Chairman Philip Harding and Claudia Von Platen. Apparently I passed muster.

At that time all Trustee meetings were held at Harefield; and having been used to rather well cut suits, shirts and ties, I had to adapt with British phlegm to people wondering into meetings in operating gear and taking the opportunity to eat as much as possible. When Magdi came, we were often already half way through the meeting, but dutifully restarted the meeting all over again. I kept my head down and served my apprenticeship in this new world.

It was evident from the beginning we had to grow the team and it was not going to be easy to meet and maintain the standards set by Magdi. Accordingly it was a huge relief for me when Emma turned up. Before long Philip Harding departed to take up University duties and after some short term appointments, I became Chairman. I saw my role as helping to create an infrastructure which would enable the medics to perform their incredible work.

I had had the great privilege of spending my 30 years of legal partnership in the company of top class professional lawyers who had to get things right every day of their lives and now I found myself in the company of a complex range of medical experts, child care experts, family support teams, and fundraisers who had the same obligation but were doing it for nothing. I was discovering a marvellous new world.

Gradually COH grew and grew, probably the only restraint was to keep up to Magdi’s standards, not a bad restraint! I went on three missions while Chairman, to Mozambique, Aswan and Jamaica, there I really felt the heart of COH beating. I saw the need for experts to make all the very sophisticated equipment actually work in a foreign land, saw cardiologists assessing hundreds of cases in the midst of a mob of anxious mothers, was told by Gavin from his anaesthetist stance that if I was going to faint ‘for God’s sake, faint backwards!’ I saw Magdi working in backbreaking stance cutting and sewing for hours on end (my fingers would have gone into cramp in no time), heard the sizzling of burning and smelt the burning of blood vessels to stop bleeding, saw the massive pre- and post- operative expertise, and becoming aware of the specialist nursing which provided the backbone to the whole process. Seeing the blue face of a child before and the same face transformed a few days after the operation was an inspiration, as it was to visit families with a son or daughter restored to them for a normal life. Often I thought the children showed an extraordinary level of stoicism, undemanding calmness and acceptance of what was going on, not the European style at all, very impressive.

The greatest achievements over the last twenty years have been building up today’s international team, and international co-operation. And secondly, increasingly switching our efforts to training local operatives and developing local facilities for them to do what we can do whenever possible. It has not been easy, often a very bumpy ride, but I would not have missed it for anything. I am a people person and sharing the challenge with such a remarkable group of people to do what we have done has been an immense privilege. I must add that the person I had to deal with on a daily basis was Emma and I suspect, like a large number of people involved with COH, I would not have given my time over the last 20 years without her.