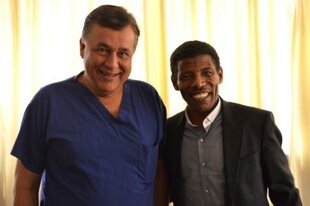 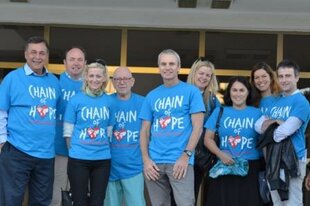 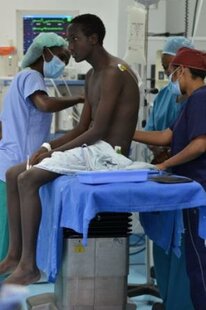 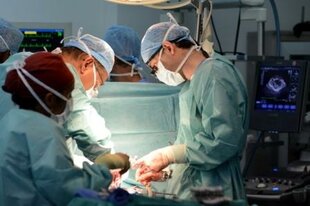 In January 2015, Chain of Hope surgeon Hasnat Khan led an international team of specialists from Portugal, Italy and the UK to the Cardiac Centre Ethiopia in Addis Ababa. As Hasnat Khan specialises in valve surgery, this cardiac mission focussed on treating patients suffering from Rheumatic Heart Disease (RHD), a disease that attacks the valves of the heart and which has been eradicated in the UK and America. The mission continued training and mentoring of the local team, as a key part of Chain of Hope’s drive to establish a cardiac service for Ethiopia.

Of the 25 patients short-listed for surgery just weeks prior to the mission, 3 teenagers died before the team arrived. This was a sad glimpse at the reality faced by the thousands of people suffering from heart disease in Ethiopia, where there is currently no local cardiac service for the entire population of 94 million people.

One of the patients treated, 17 year old Kidane, has struggled to put on weight due to her heart condition, and although she is 153cm tall, she weighs just 35kg. Our medical team found Kidane’s heart was greatly enlarged due to the extra work it had to do compensating for the faulty valves, leaving it in a state rarely seen in the developed world.

Patients and staff alike were delighted to meet long distance runner Haile Gebrselassie who came to the Cardiac Centre to offer his support. Haile is keen to support the development of a cardiac service in his native Ethiopia, and we look forward to working with him to raise vital funds to achieve a long term service for the country.

At the end of the busy mission, we donated a brand new sternal saw to the Cardiac Centre Ethiopia, an essential piece of equipment in cardiac surgery. Equipping the cardiac units we work in is a crucial part of our strategic aim for them to become self-sufficient in the future.